First Look at the Citrix Workspace Hub as a Thin Client


We were provided with the nComputing Citrix Workspace Hub. I did not see the ViewSonic in real life, so I will only discuss the nComputing device. Where the HDX Ready Pi was not a big device the ViewSonic is even smaller, now the power plug is as big as the device. Also the look and feel is much smoother than the HDX Ready Pi. The device has actually the same ports on the outside, 4 USB ports, a NIC, a mini jack sound plug and a HDMI output. Logically inside the newer Pi hardware can be found. The once that read by article about the HDX Ready Pi will think what about multimonitor support. There is a solution for that, more about that later on, but I can give away that you need another device for that. A good thing is that the device now has an on/off button, something I was missing on the HDX Ready Pi.

When the device is started the nComputing look and feel is shown, which defaults offer a Firefox browser and the configuration option. The configuration is logically locked by a password. The interface looks clear and is good to understand. What’s really nice is that the exact interface is also available via a Web Interface GUI (via the IP address assigned to the device). For the hardcore admins it also reachable via SSH. By default all these options are available, so consider carefully if this is something you want in your infrastructure. There are several ways to set-up the device connecting to a Citrix infrastructure. 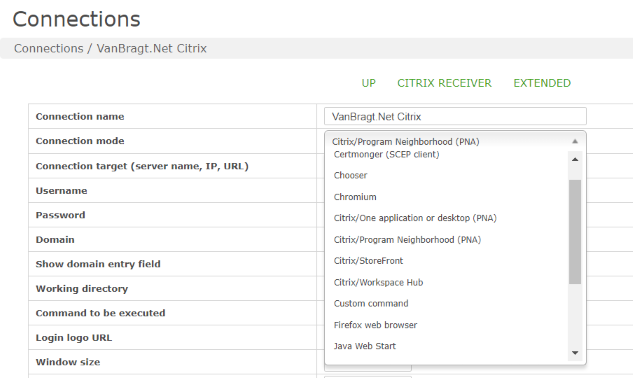 I guess the StoreFront option will be the most one used. One requirement on this is that StoreFront needs to SSL secured. Although this is recommendation for every organization I know there are still Storefront servers running on HTTP only. For the PNA options XenApp Services Support need to be activated within StoreFront. This feature works using HTTP (still not recommended though). Within the connections settings there is a specific tab where you can configure the Receiver fully to your needs including all current features like Adaptive Transport.

Logically if you are maintaining multiple device you are not going to configure those devices one by one, but wants a central management interface. With the HDX Ready Pi you could use ThinLinx Management Server. Although it was usable it was really basic and missing some features. For the Citrix Workspace Hub nComputing management via the NoTouch Center. The NoTouch Center is embedded in a virtual appliance (or available as a standalone Windows installer), which is available for download a the nComputing website without additional costs. The set-up of the appliance is really straightforward and done in a few minutes. 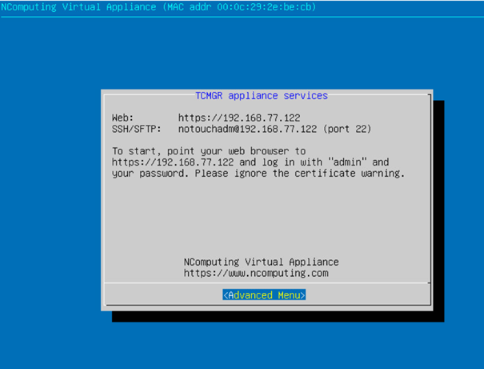 After the initial set-up you can use a webbrowser or an SSH session for creating the configurations and more. As the ThinLinx was really basic the NoTouch Center is actually the opposite. You probably cannot think of an option or feature and it can be configured within the NoTouch Center. When you start it for the first time it is probably a bit overwhelming. Luckily the documentation of nComputing is detailed and will help you to get familiar with the product. I’m just going briefly over the possibilities and basic set-up as this article is not a full review of the nComputing appliance.

First of all you can maintain and update the Citrix Workspace Hub with the appliance. Think of update the client OS images but also certificates and wallpapers can be maintained via the appliance. The connection configuration is done with the actual NoTouch, which is actually part of the appliance (you need to logon it separately). Within the NoTouch the idea to create groups and configure settings on those groups like the connections settings. In comparison with the connections settings available from the configuration on the device itself much more connections to Remote Desktop solutions are possible. Almost all remote systems are available (including old one and very specific products). I did not test if those work on the Workspace Hub, as those settings are available for other nComputing Thin Clients which are management with the same software. From a Citrix perspective the same settings are available as within the local configuration part. For example for quick testing I have configured the PNA option within the NoTouch console.

I really like the many options nComputing is offering to connect the actual device to the NoTouch environment. There should be a solution that fits your organization needs (see below figure for all options).

In comparison with the ThinLinx Management Server the step to nComputing and the NoTouch is a big step forward. Also the other suppliers have other better management systems available, but I did not had access to it.

Just as with the HDX Ready Pi I did a quick test drive using my XenDesktop 7.18 lab running a session on a Windows 2016 VDA. I did some document editing, watching movies on youtube and so on. The performance was comparable running the same session on a Windows 10 Fat Client and for most uses cases sufficient. Nevertheless test it thoroughly in your organization as this was just a quick look at it as an end-user. I’m also impressed by the start time. The device is really fast up and running. 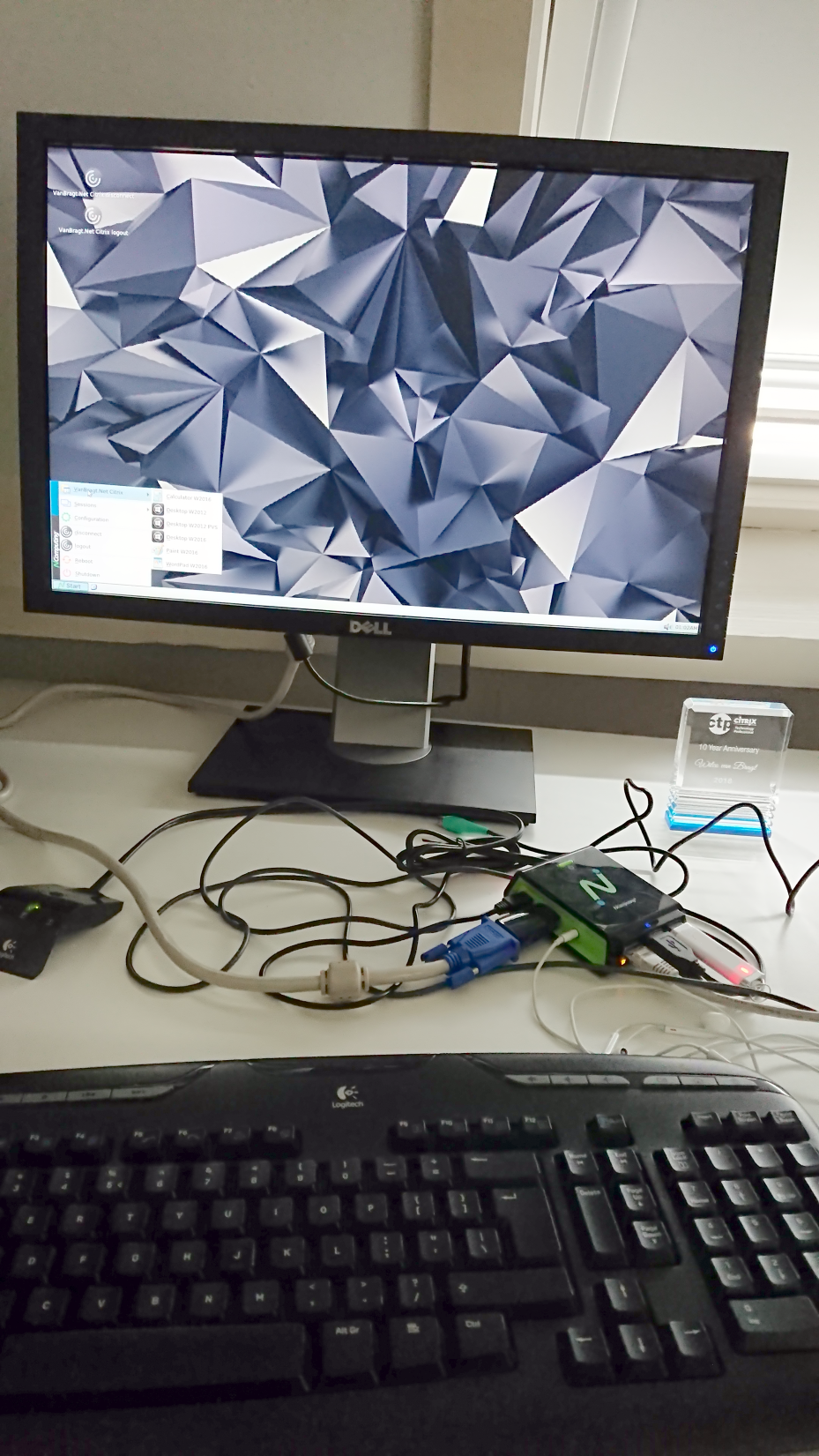 As learned for the HDX Ready Pi the audio is going through HDMI by default. Luckily you can adjust such settings using the configuration (both locally as via NoTouch). Quality is comparable with the HDX Ready Pi.

Something that definitely is improved is the usage of USB sticks. They all worked this time (tested four of them) and they are now appearing as you are used to from other devices (instead of using a single drive letter for all usb sticks, they appear as a drive within Windows explorer). I could both read and write, which was an issue on the HDX Ready Pi. Also reconnecting to disconnected sessions worked like a charm.

What about multi-monitor support? As already mentioned you need another device for that, a so-called SDA (Secondary Display Adapater). The SDA is another box including a HDMI output, an USB input and Power Output. Including in the box is USB cable, which you will plug into one of the USB port of the Citrix Workspace Hub, which will be connected to the USB input port on the SDA. The Power Output is optional. I tested it without additional power and it worked without issues (playing YouTube movies, but I understood it is advisable to provide the SDA with power as well). 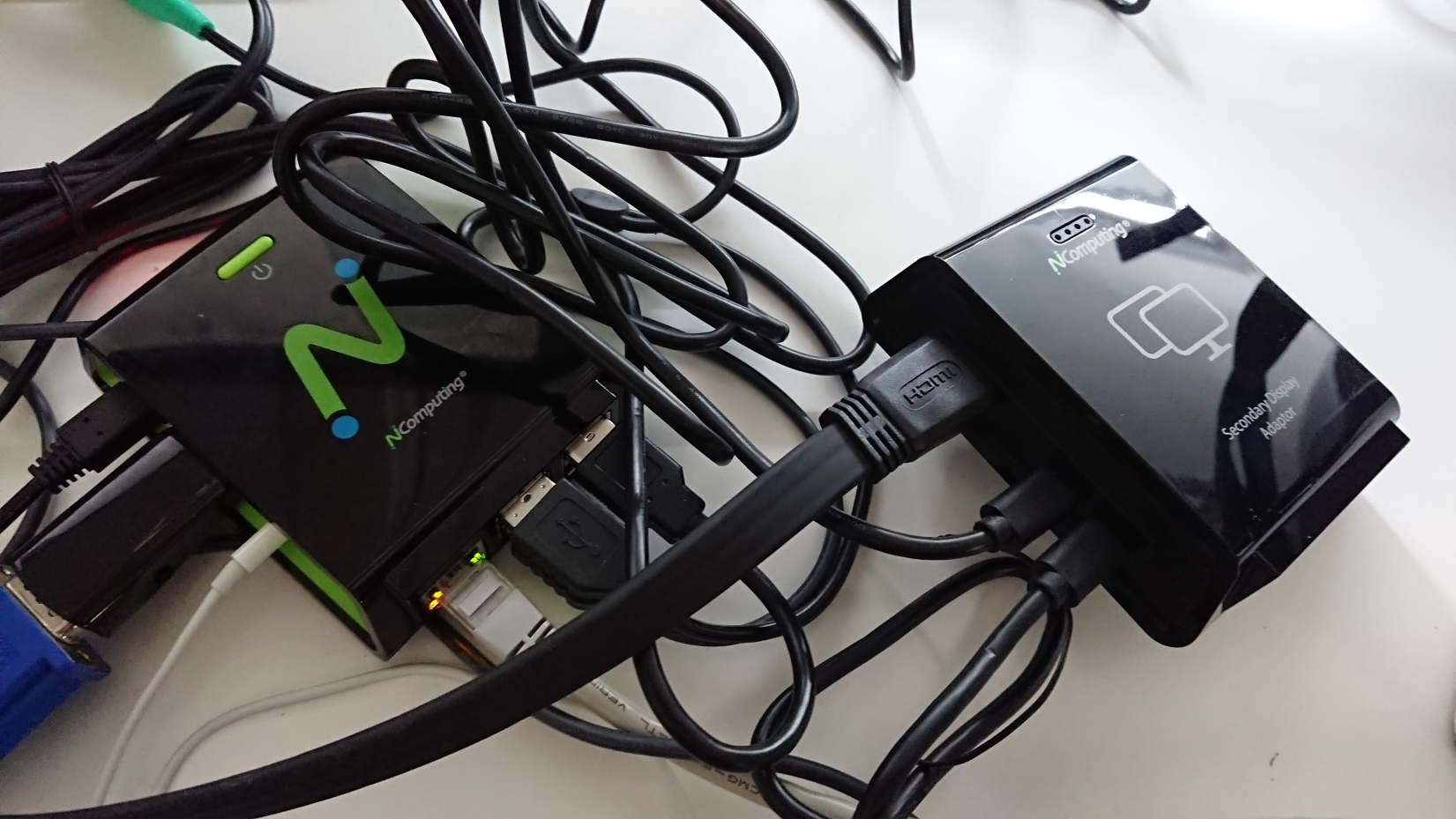 You need to keep in mind that you need specific settings for the SDA support both on the device as within Citrix (you can not used the latest codec enhancements). Those requirements are described in a knowledgebase article. http://rx-hdx.ncomputing.com/kb/Multimonitor. There are also a couple of limitations when using the SDA mainly around the Skype for Business Optimization Pack and Citrix Casting. With the specific settings and some limitations, the dual monitor option is still not an option for everyone and it’s is not really elegant with all the additional cables and recommendation to provide power to the SDA as well.

After two years the successor of the HDX Reay Pi is there. The Citrix Workspace Hub become more than a Thin Client, but it took some time to deliver it. Using it as a Thin Client the major challenges with the HDX Ready Pi are solved. Central Management is much better, the device looks better, USB devices are shown more logical and there is dual monitor support. The dual monitor support is still not fully enterprise ready with the current limitations and required settings, not talking about the additional cost to purchase the SDA for this. I like that Citrix is still putting effort into this device, but doubting if many companies will replace their Thin Client devices with the Citrix Workspace Hub from a Thin Client perspective. In an upcoming article I’m going to show you the “other” functionality of the Citrix Workspace Hub Citrix Casting.