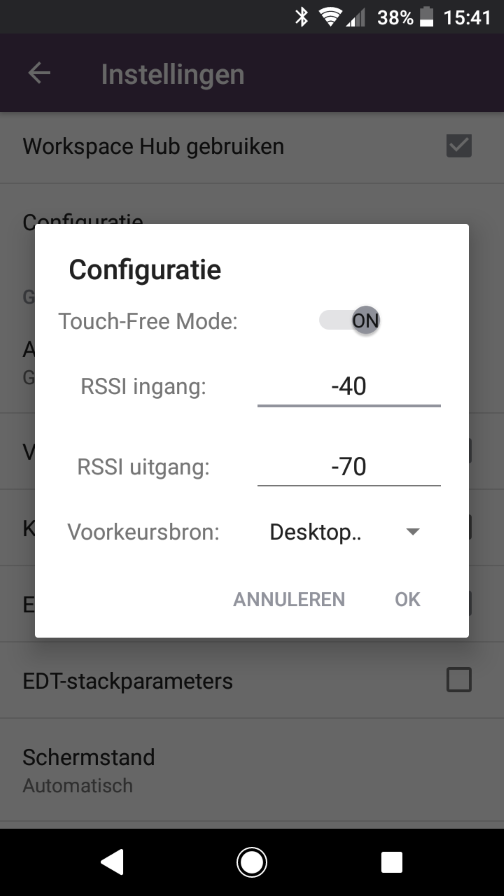 Before you start you need consider the following requirements/limitations:

Also take into account a Linux Receiver is running on the Citrix Workspace Hub so certificates on used on the StoreFront or NetScaler needs to be at least SHA256. Also the Linux Receiver (also the Android Receiver and more) checks in more detail on the Intermediate Certificate (see CTX224709).

First of all, it’s good to know that the Citrix Workspace Hub can do Session Roaming or Session Casting, not both on the same Hub. Probably when you see the name Session Roaming, that’s a functionality I know and actually this is the same functionality you think it is. With Session Roaming the user session that is running on the Mobile Device will be disconnected and reconnected on the Citrix Workspace Hub. The big difference is that the roaming process is executed by the proximity authentication automatically or the user only need to scan the QR code with the mobile device (where previous the user needs to enter his credentials at the other device).

On the Workspace Hub you need to set-up a connection with Citrix/WorkspaceHub as connection type.

Next you need to go to the Citrix Workspace Hub settings under the Connection. This shows a new configuration window where you select the mode Session Roaming. You can also enable the QR code. Other settings like enable SSL are optional, but logically depends on your organization needs. 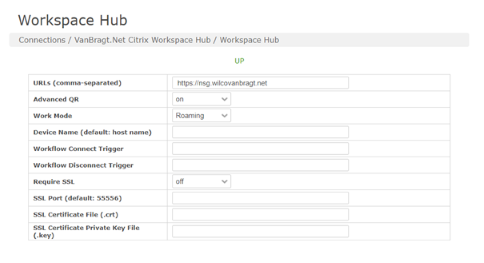 I tried this functionality with using the QR code mainly. That was working as expertly, scanning the code waiting for a short time and the session was running on the Workspace Hub as expected. See the video below to see Session Roaming in action.

Configuration is pretty similar as Session Roaming; the only difference logically is that you need to choose Casting as Work Mode.

I also tried this mode as well. Personally I think this mode has a smaller use case than session roaming, but has an added value in those use cases. During my test it was working as you would expect, response was good and also the connection set-up did not take a real long time. See below video for Session Casting in action.

From a technical viewpoint the Citrix Casting technique is really cool. Also the set-up is not that difficult, but I think with the current limitations it won’t will be adapted a lot in the near future. The Session Roaming part feels the most usable scenario, but actually this is functionality that is already available for a long time. It will cost the user less effort to roam the session, but that’s it actually. The proximity authentication will add more value as the user does not have to do anything and the session also automatically roams back to the Mobile Device. For Citrix Casting the use case is more limited, I see this being valuable in situations somebody want to show something within an application quickly to a colleague on a bigger screen, for a longer time you don’t want to use the mobile device as a mouse or keyboard (in my opinion). But I can think of use cases in construction companies and hospitals for example. I think it would also be nice if both modes can run on one Workspace Hub at the same time, so users have the choice how to use the Workspace Hub.